The European Members of Parliament (MEPs) recall that more than 100 000 persons are being evicted to make space for this mega oil project, noting that they are being deprived from the free use of their land – and so, from their livelihood – even before receiving a compensation.

The resolution also speaks out against the persecution and intimidation faced by civil society organizations and human rights defenders who dare criticize the project, recalling that several HRDs have been arbitrarily detained, motivating several UN Special Rapporteurs to send no less than four joint communications in the last two years on this issue.

Last but not least, the MEPs ask to “put an end to the extractive activities in protected and sensitive ecosystems, including the shores of Lake Albert”, referring to the 132 wells that Total plans to dig into the Murchison Falls National Park, a protected area, and to the numerous protected ecosystems which the 50°C heated EACOP pipeline will cross. Quoting the International Energy Agency’s 2021 report, they also recall that, to have a chance to limit global warming to 1,5°C, no new oil extraction project should be developed. 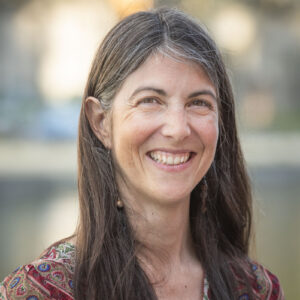 We welcome the adoption of this resolution by the EU parliament: it sends a strong political message against the Tilenga and EACOP projects, whose human, environmental and climate costs are undeniable and simply unacceptable. This resolution echoes the increasing mobilization of civil society in East Africa, in France and worldwide.

She adds : « The resolution condemns the threats and persecutions of those who oppose the project in unequivocal terms: effective measures must now be taken immediately to protect them. Total cannot continue to develop its projects at all costs, hiding being greenwashing statements about its commitment to freedom of expression or to biodiversity. The projects need to be promptly abandoned, and an effective remedy must be provided to affected communities”.

In 2019, Friends of the Earth France, together with Survie and four Ugandan NGOs, filed a lawsuit against Total, concerning the serious human rights violations and risks of irreversible environmental damages associated to the Tilenga and EACOP projects. After a 2 years-long procedural battle, the case should be heard on the merits on October 12th this year, before the Paris civil court.